The submarine is the 8480 b-modell from 1996. I like it very much and I insisted to build it.
My dad bought it second hand knowing of missing parts and build the B-modell nearly four years ago, but it didn’t work perfectly due to the missing parts. Now we should have all parts.
It is recommended from 9 years upward, and I argued that the Millennium Falcon from Star Wars is for the same age. But dad answered that this Technic set is another dimension of difficulty.
But he agreed to try it.

My dad is right. Every small error has an huge impact. The first day we worked one hour for 7 instruction steps.

Second day, waiting for my class in the music school: half an hour for two steps. Yet fine tuning for movable constructions starts.

Today we continued and made 4 steps more in 90 minutes. Finally it worked. A lot of small errors. Finally we compared with a YouTube video. It’s not stable up to now as you can see in the video, but this will improve by putting more bricks. Papa has now the task to check the electrical parts.

Fourth day: The electric pieces work, but one cable is broken. I made again four steps in 90 minutes, including substituting a broken gear from step 9.

Fifth day: 2 steps in 90 minutes. A lot of corrections of the steps before were necessary. Some details are not explained in the instructions.

Sixth day, a long sunday morning: 8 steps in three hours. I checked the mechanics of the propeller, and it runs electrically. When we wanted to take the final foto the submarine broke. Now we rest. We have also to wait for the new cable which will arrive in a week.

After a break of two weeks and recovering from a flu infection we did a 60 minutes repair session.

The rotating mechanics is correct but not precise enough to be moved by the motor. We will continue this time. 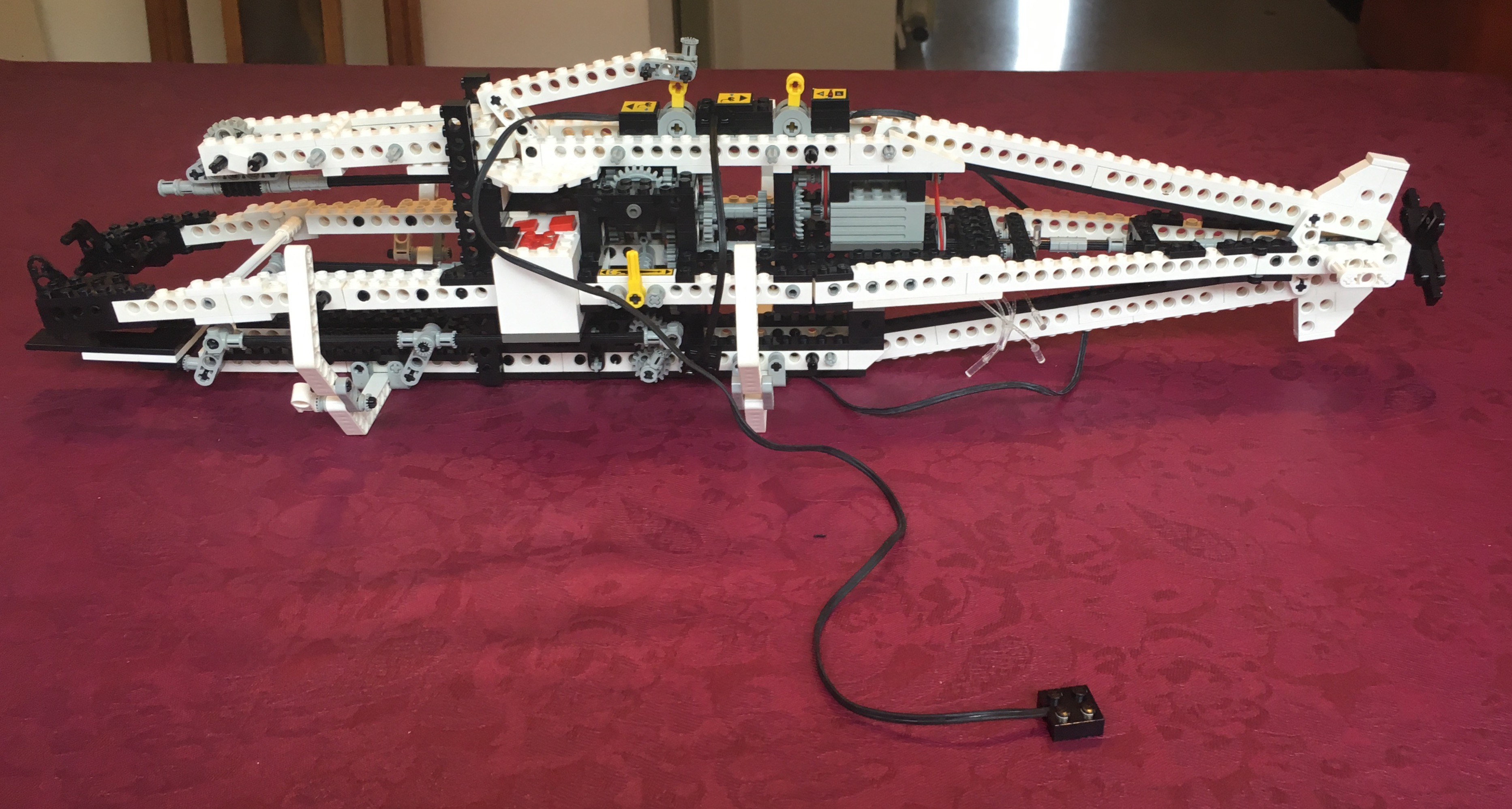 Nearly finishing. 60 minutes for five step. Hard to see some details. Only one step and the rover to finish.

But I give up. The mechanics is not working, wharf dad expected, because it is very challenging.