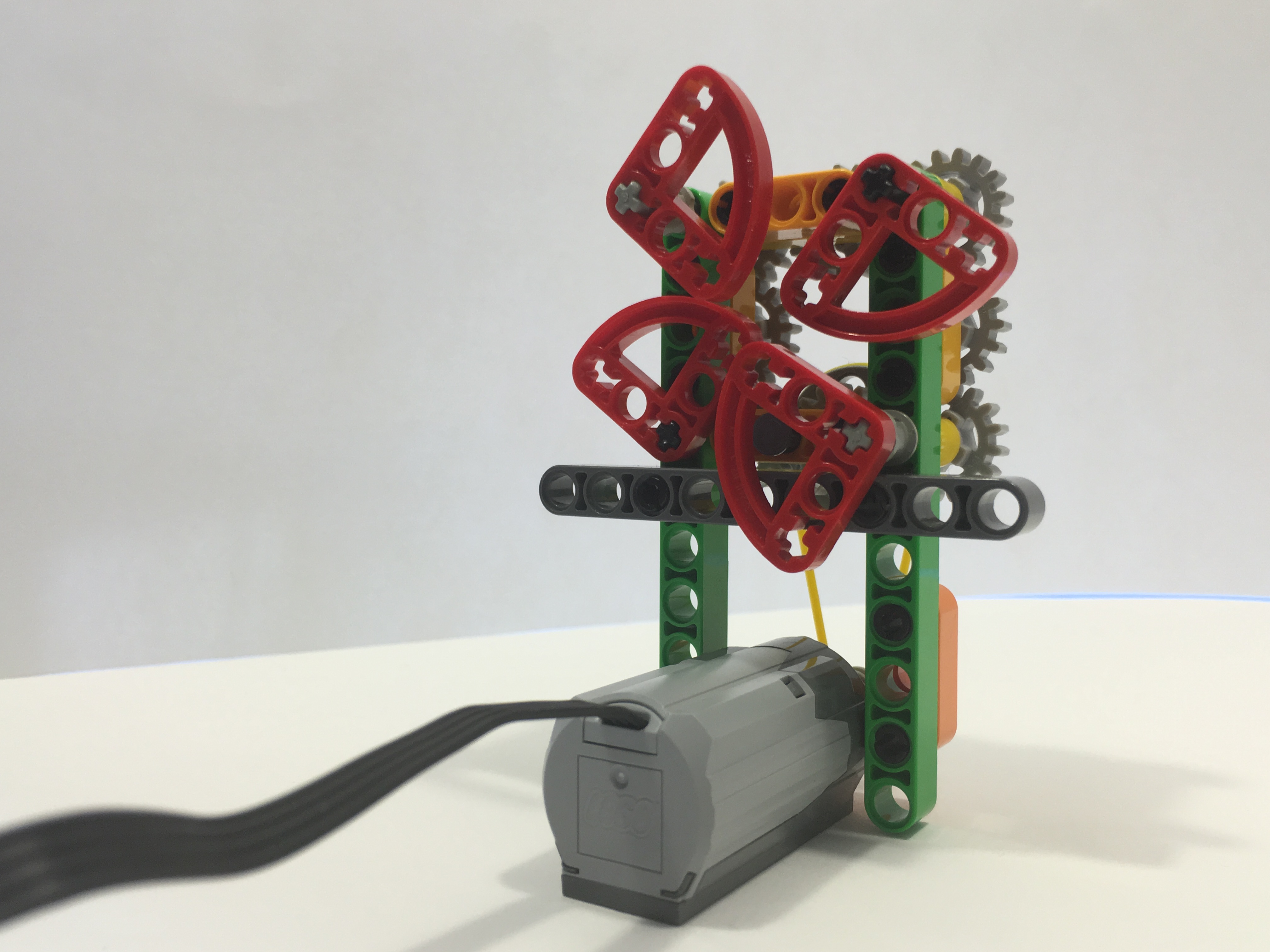 My first work of the second part of the book. My dad wants it for the schools presentation. Yes, I have to look first where to start. I built it up completely, but the last wing was not in the right angle. It took some time until I recognised that the trick is to turn a little bit the gear.
But the whole system didn’t move as expected. Dad show me the strategy “divide and conquer”: instead of four wings we tested two groups of two wings. One group worked, the other not. So we continued with the strategy and we divided the not working group. We found the not working wing. But why it was blocked? Dad found that two liftarms were not pressed completely together. Solving this and adding and proofing every added wing step by step we got it working.